Studies show that workers, especially Gen Z, would rather use robots than do repetitive tasks that could be automated. By implementing robotic solutions, companies can attract new talent, in a competitive hiring environment, while simultaneously improving production. 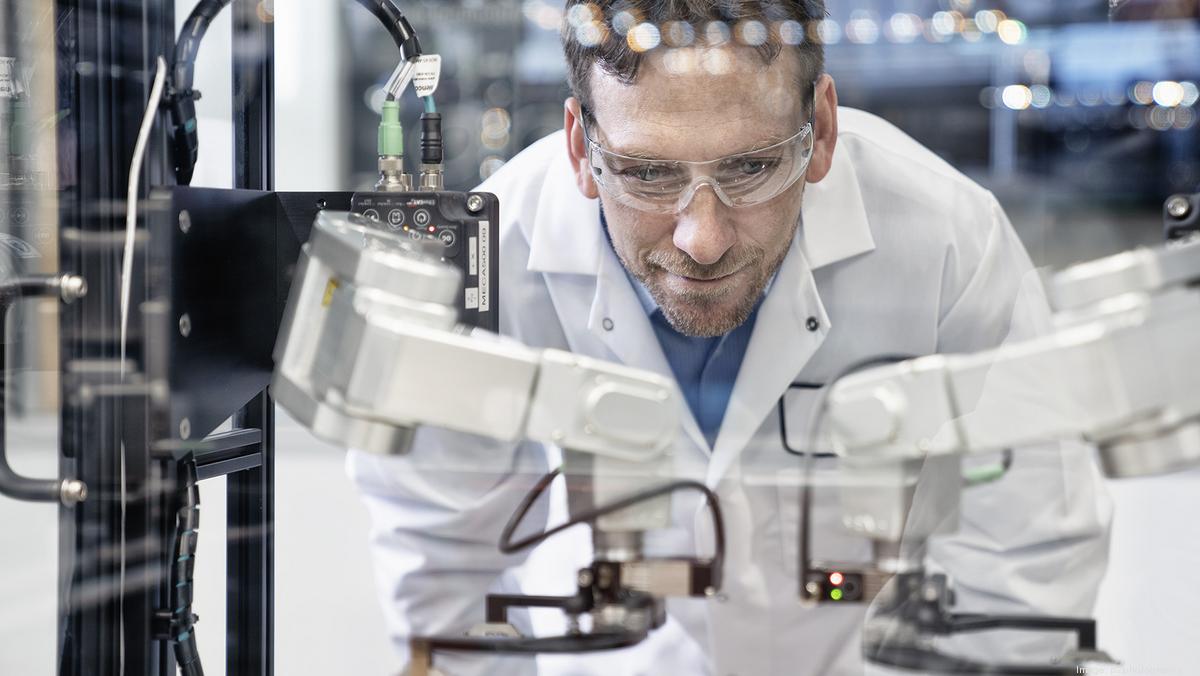 Before pandemic-induced labor shortages, the manufacturing industry was already experiencing major challenges replacing retiring workers and attracting and retaining new employees.  Automation and robotics have played a critical role in helping manufacturers become more flexible and maintain production.  With the additional strains on the workforce caused by the pandemic, even more companies are recognizing the value of automation and robotics. However, robots don’t simply fill in gaps left by a shortage of workers. Robots and automation contribute to a needed shift in the type of work that people do.  This article explores how the labor shortage is changing how we use automation, the ways that robots are helping combat the labor shortage, and why upskilling and reskilling will be required due to the shift in jobs.

Labor shortages are accelerating automation and robot use for multiple reasons

According to the Association for Advancing Automation (A3), 2021 was a record-breaking year for robotics orders in the North American market. If those robots were replacing people, we’d expect to see correlating unemployment, but according to the U.S. Bureau of Labor Statistics, over the 12 months ending in November 2021, there was a net employment gain of 5.9 million.

The labor shortage is driving robot purchases. Jeff Burnstein, President of A3 said, “With labor shortages throughout manufacturing, logistics and virtually every industry, companies of all sizes are increasingly turning to robotics and automation to stay productive and competitive.”

Since labor is scarce, companies are using robots as automation components to help maximize efficiency. A recent CTV news article featured Mecademic industrial robot arms that are used to help assemble motherboards and pacemakers. This type of manufacturing assembly is a good example of the type of precision work where a compact robotic arm like the Meca500 can be extremely useful in helping manufacturers maintain operations despite the labor shortage. By implementing automated processes, companies are able to meet production requirements and have their employees do work other than repetitive, monotonous tasks.

A recent HBR article shared this important prediction from the World Economic Forum Future of Jobs Report 2020: “85 million jobs may be displaced by the shift in labor between humans and machines by 2025, while 97 million new roles may emerge.”  So, although robots may be doing some jobs that were previously done by people, automation opens up opportunities for more interesting jobs in the future.

With automation, instead of a net job loss, what is happening is a shift in the type of work people are doing. The McKinsey Report, The Future of Work after COVID-19 says, “Going forward, more than half of displaced low-wage workers may need to shift to occupations in higher wage brackets and requiring different skills to remain employed.”

The shift from repetitive tasks to more creative jobs requires upskilling and reskilling the workforce, so business leaders are investing in training people. A Business Insider article about the upskilling economy lists Verizon, Bank of America, PwC, and Amazon among the companies investing millions in upskilling.

Gen Z wants to use technology, and avoid repetitive tasks

This shift in jobs, in upskilling and training, is happening at the same time that people in the workforce want different jobs and new skills – a perfect match, particularly with younger workers. A Dell Technologies study revealed some interesting findings about high school and college students. According to the Dell study, “Gen Z is entering the workforce with a deep understanding of technology and its potential to transform how we work and live.” Key findings in the Dell study reveal positive attitudes about technology in Gen Z:

Those findings suggest that Gen Z would rather work with robots than do repetitive work that could be automated. By implementing robotic solutions, companies can not only improve operations, they can also attract new talent in a competitive hiring environment.

To learn more about using Mecademic robot arms in different applications, contact us.

SDC relies on Meca500 robots to increase throughput by 500%

What is the IIoT and why does it matter?

Why choose a six-axis robot arm over a custom multi-axis system?